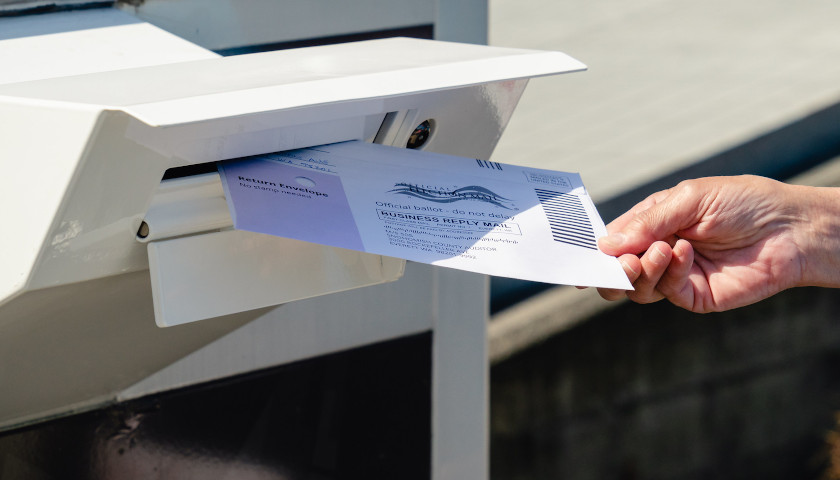 Drop-boxes will have cost President Donald Trump the election if Biden wins Georgia, and this points to the state’s most important concern for the upcoming Senate runoffs, Pollster John McLaughlin said in an exclusive statement to The Georgia Star News. 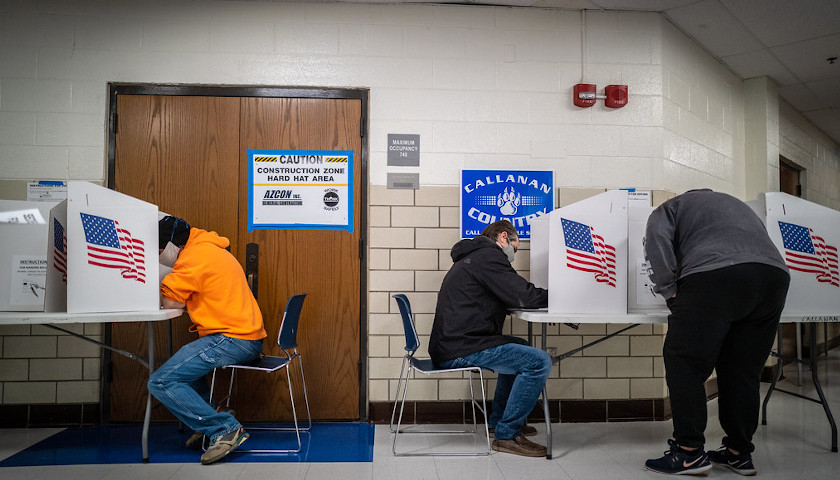 For those of us who are sane responsible citizens with some modicum of moral and ethical standards, it is time to admit that our electoral system is a complete and utter mess.

What has transpired since November 3 does not take place in serious, advanced societies. It’s what takes place in countries teetering on the edge of becoming banana republics, in which elections are more an opioid for the masses than they are a means to the end of self-government. Our elections now seem designed to give people the impression that their voices and votes matter when in fact nothing could be further from the truth. 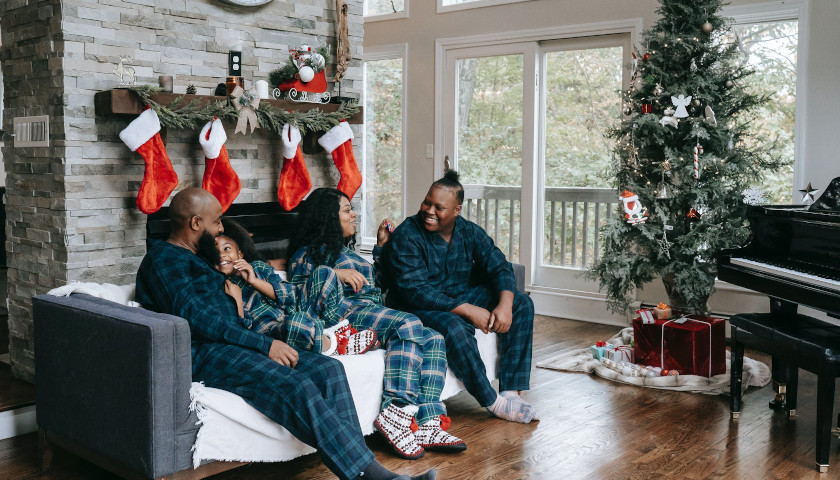 The Centers for Disease Control and Prevention discouraged Americans from Christmas travel due to the coronavirus pandemic during a telephone press conference Wednesday.

“We did put out a message to postpone and stay at home […] around Thanksgiving and we’re putting out the same message: The best thing for Americans to do in the upcoming holiday season is to stay at home and not travel,” Dr. Henry Walke, director of the Division of Preparedness and Emerging Infections (DPEI) in the National Center for Emerging and Zoonotic Infectious Diseases, said in the briefing. 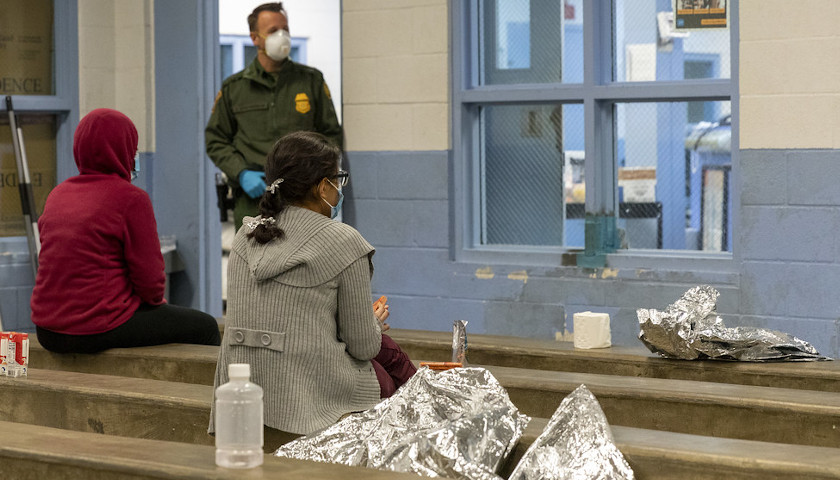 A pilot program to collect DNA samples from individuals in Customs and Border Protection custody will be fully implemented on Dec. 31, officials announced Thursday.

The pilot program began in January of this year and was given three years to meet the legal requirements to implement national collection, according to CBP. The program was expanded in monthly phases and is on track to reach nationwide operation capacity by the end of this year. 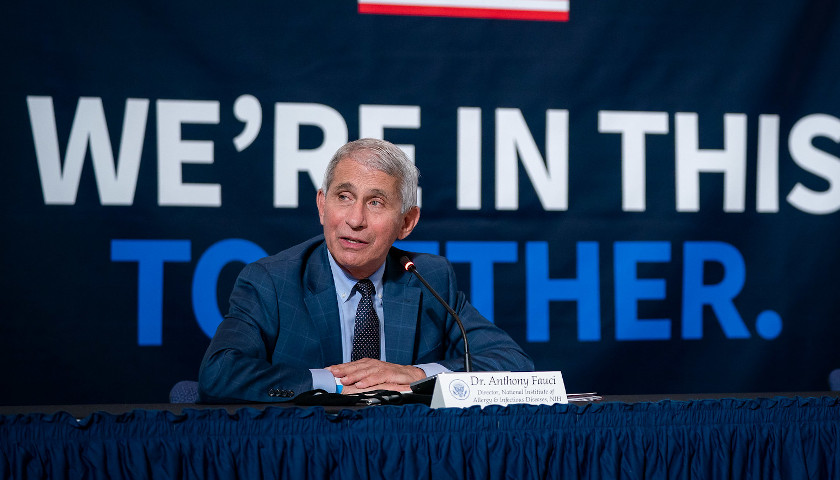 Dr. Anthony Fauci, the long-time director of the National Institute of Allergy and Infectious Diseases (NIAID), received the honor alongside Hollywood stars George Clooney and Regina King, and singer Selena Gomez, according to People. Fauci has been at the forefront of the U.S. effort to stop the spread of coronavirus throughout the pandemic. 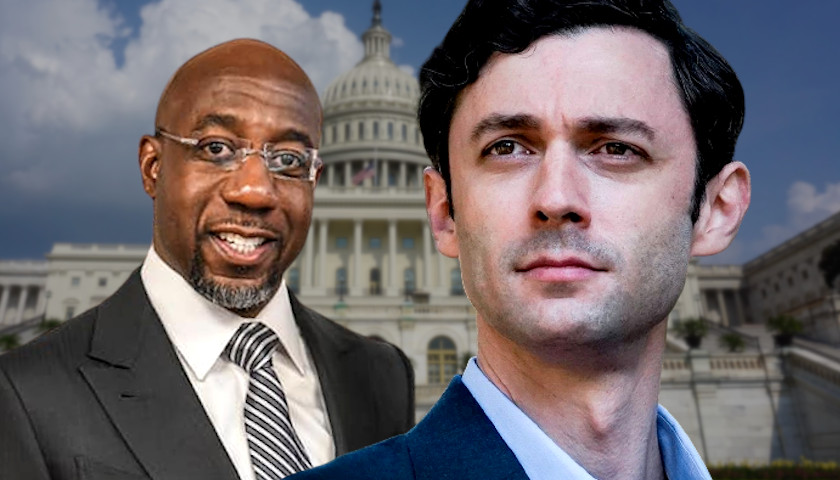 U.S. Sen. Bernie Sanders (I-VT) on Saturday endorsed Democrats Jon Ossoff and Raphael Warnock to represent Georgia in the U.S. Senate. “We’re all working as hard as we can to make sure that the two Democratic candidates win in Georgia,” Sanders, a socialist, said on MSNBC. 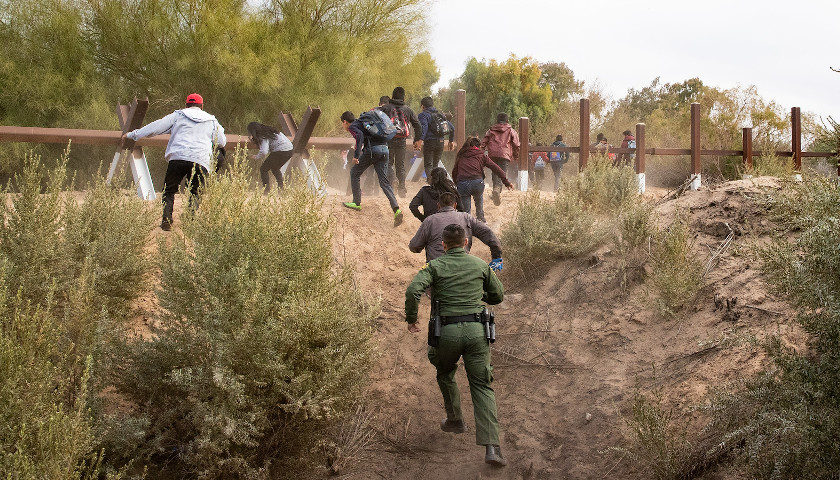 Over 20 illegal immigrants, including some with prior deportations, criminal histories, and gang affiliations, were arrested within a 24-hour period near Laredo, Texas, officials announced Thursday.

The arrests were part of a “troubling trend” of agents detaining large groups of illegal immigrants, including finding detainees with significant criminal histories, according to Customs and Border Protection (CBP). Over the past 10 days, three illegal immigrants with prior sexual offense convictions were apprehended, the CBP said. 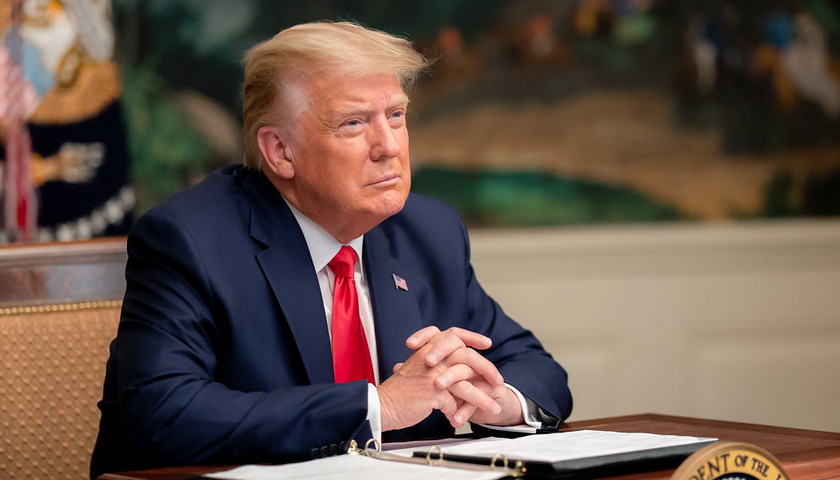 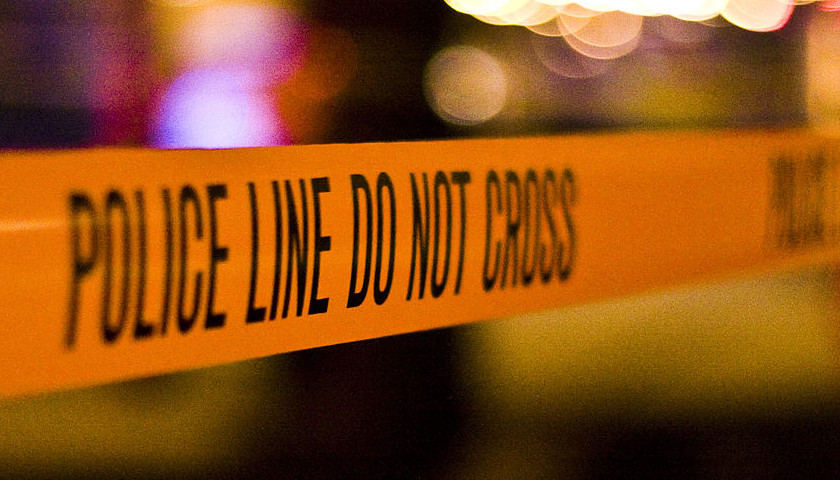 Gun violence continues in Chicago, with the city seeing a significant uptick in shootings and murders compared to last year.

3,790 people were shot through Nov. 30, compared to 2,403 in the same time period last year, a 58% increase, according to a Chicago Police Department report released Tuesday. 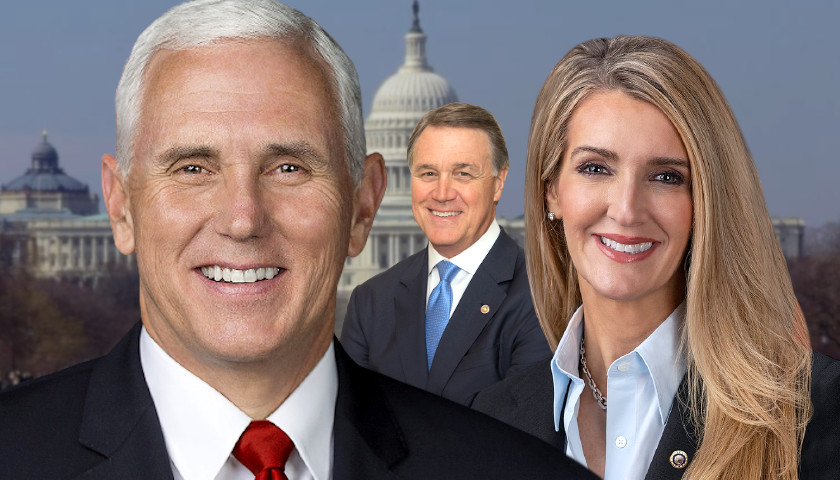 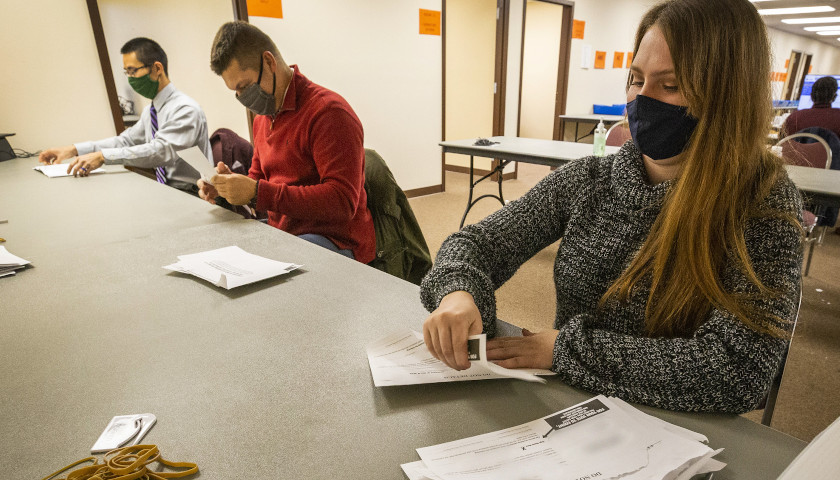 In a white paper released Friday, The Amistad Project of the non-partisan Thomas More Society is arguing that the current Electoral College deadlines are both arbitrary and a direct impediment to states’ obligations to investigate disputed elections.

The research paper breaks down the history of Electoral College deadlines and makes clear that this election’s Dec. 8 and Dec. 14 deadlines for the selection of Electors, the assembly of the Electoral College, and the tallying of its votes, respectively, are not only elements of a 72-year old federal statute with no Constitutional basis, but are also actively preventing the states from fulfilling their constitutional — and ethical — obligation to hold free and fair elections. Experts believe that the primary basis for these dates was to provide enough time to affect the presidential transition of power, a concern which is obsolete in the age of internet and air travel. 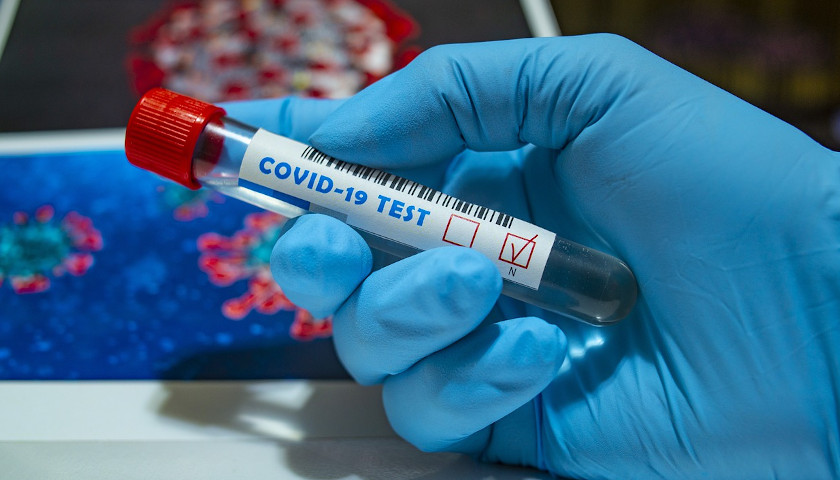 On February 18, the Oxford Mail published an article headlined “Scientists working on a coronavirus vaccine in Oxford.”

The article explained that Sarah Gilbert, a British vaccinologist and professor at the University of Oxford, was leading a team of scientists at Oxford’s Jenner Institute in rapid development of a vaccine. 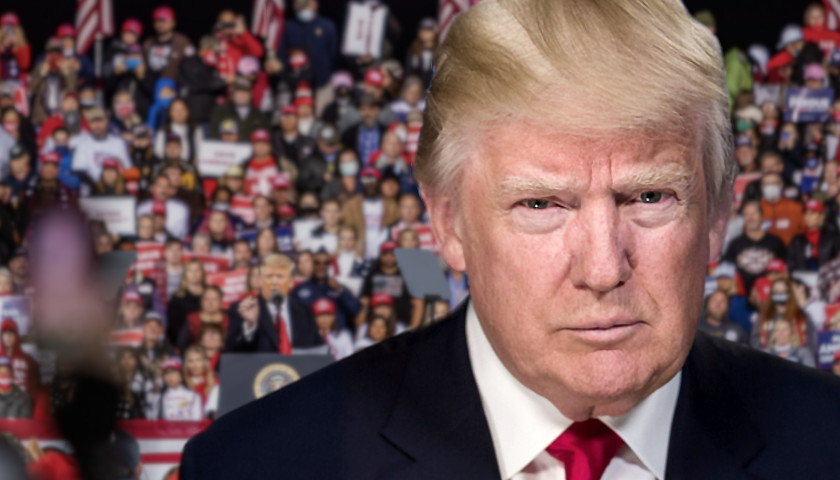 President Donald Trump spoke to raucous crowd of tens of thousands of Georgia voters Saturday evening in Valdosta, Georgia vowing to “never surrender,” in the important runoff in January.

Although Trump did not mention anything of a special session from Georgia Governor Kemp. As previously reported by The Georgia Star News, “legislators have petitioned for a special session ahead of the runoff election for several weeks.”

The president spoke on behalf of Republican Senators David Perdue and Kelly Loeffler. Both are running against Democratic candidates in the Georgia January 5 runoff election. 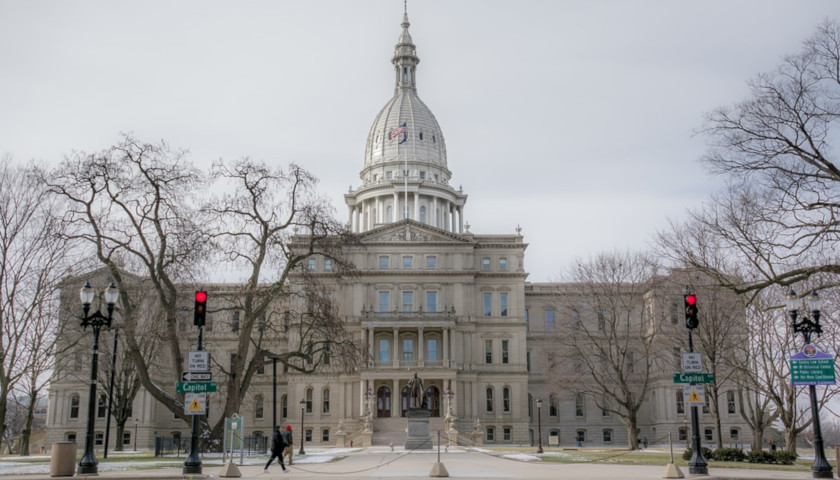 The GOP-led Michigan Senate passed bills that, if passed, will reduce government revenue in a year when the state will soon be strapped for cash.

Currently, the state is facing a projected deficit between $170 million and $1.17 billion for fiscal year 2022.