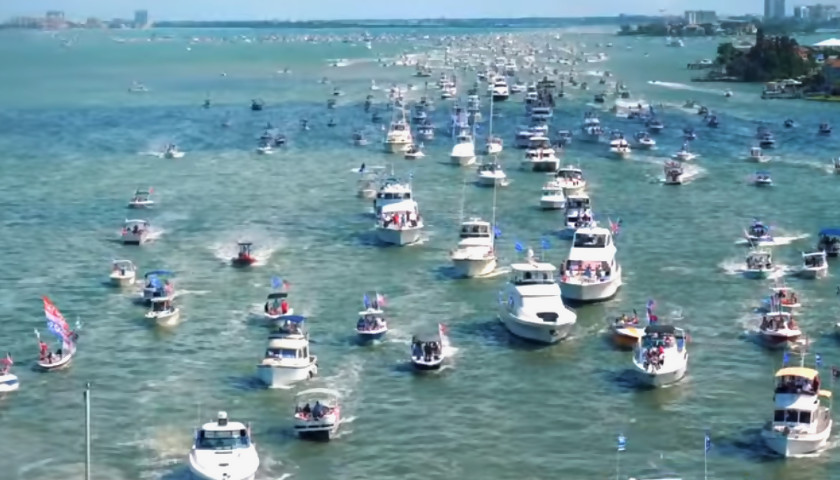 A pro-Trump Boat Parade in Clearwater, Florida on Saturday set the record for the biggest boat parade of all time, shattering the previous world record. Organizers of the Clearwater boat parade said that over 1,600 boats signed up for the event, and that didn’t include last minute arrivals and those who joined in along the route. All told, as many as 2,000 boats took part, organizers told Fox 13. The previous record was set in Malaysia with 1,180 boats.