A war memorial in a major park vandalized. 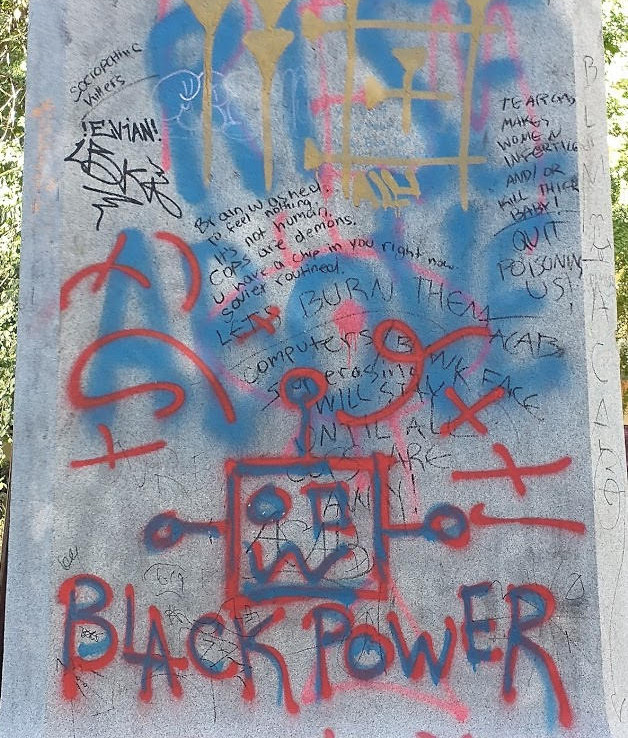 Government buildings are boarded up and appear abandoned. 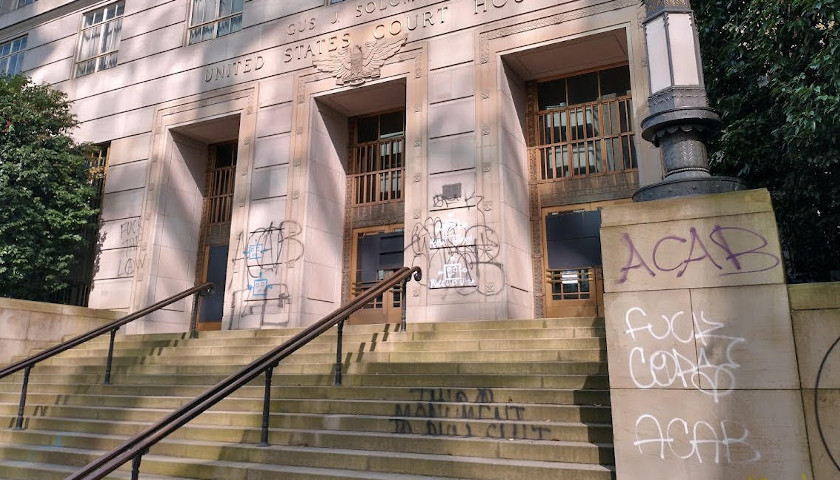 Defenses have been put up to protect law enforcement buildings, though those too are vandalized. 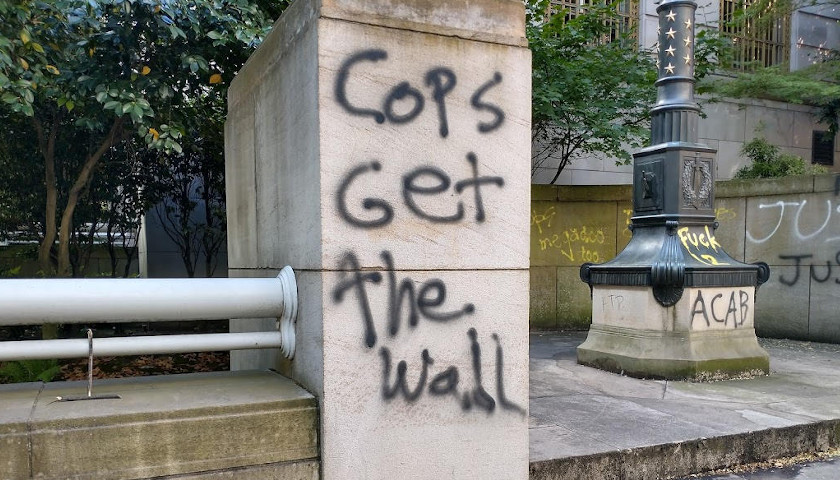 Graffiti targeting police, the president, Portland Mayor Ted Wheeler, the United States as a whole, and calling for communism, anarchy, violence and revolution is everywhere. 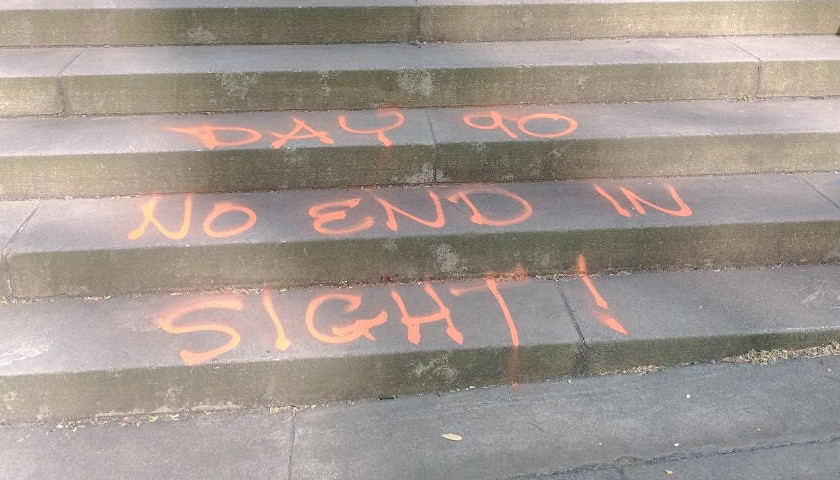 Businesses are boarded up, some with paintings on plywood boards, though it’s unclear if the messages are meant to show sympathy or just protect the businesses from another round of attacks. Other businesses, especially banks require heavier fortification on entrances. 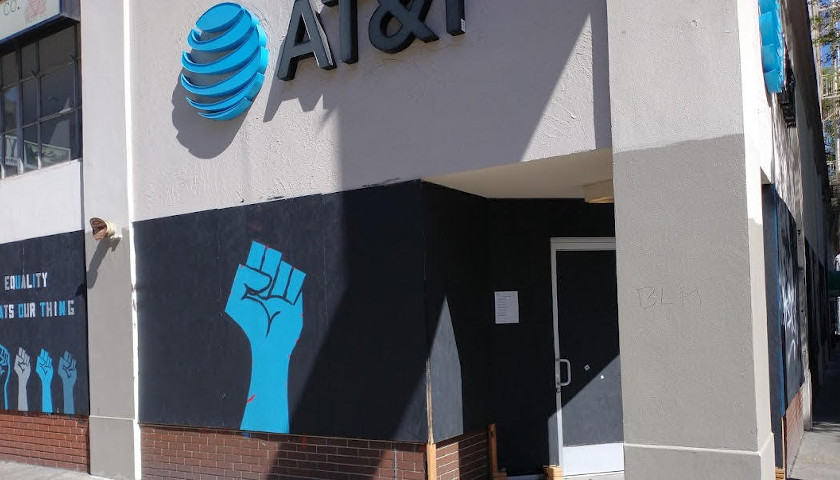 A church boarded up its windows and what appears to be it’s Sunday school or daycare area is protected by high wooden walls. 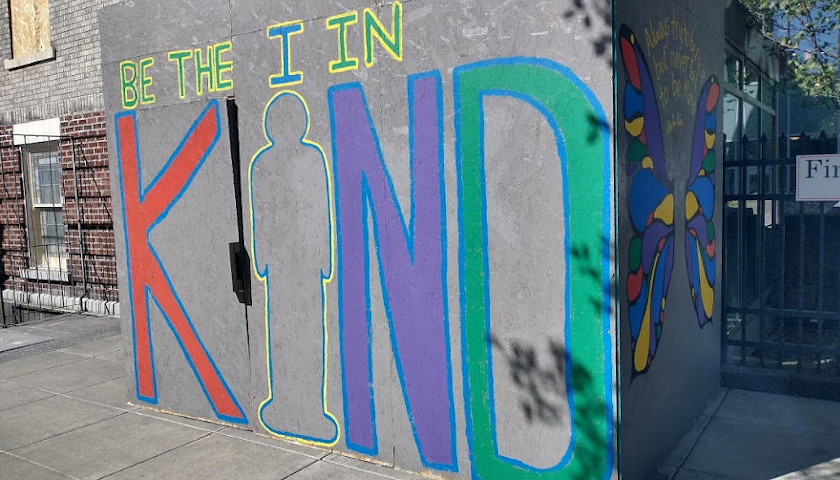 In some areas, anti-police, anti-capitalism, and other far-left literature and graphics is scattered across the ground and hung from street art and signs. 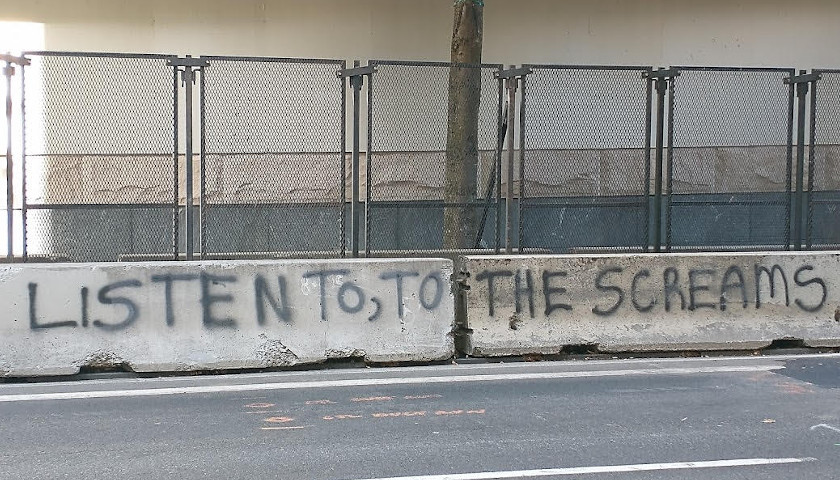 With protests continuing, it’s unclear when Portland will return to normal. A disturbing, new normal has arisen as many businesses operate as best they can with boarded up windows, private guards, and the constant threat of riots and looting.

Ben Kolodny is a reporter at The Ohio Star and the Star News Network. Follow Ben on Twitter. Email tips to [email protected]