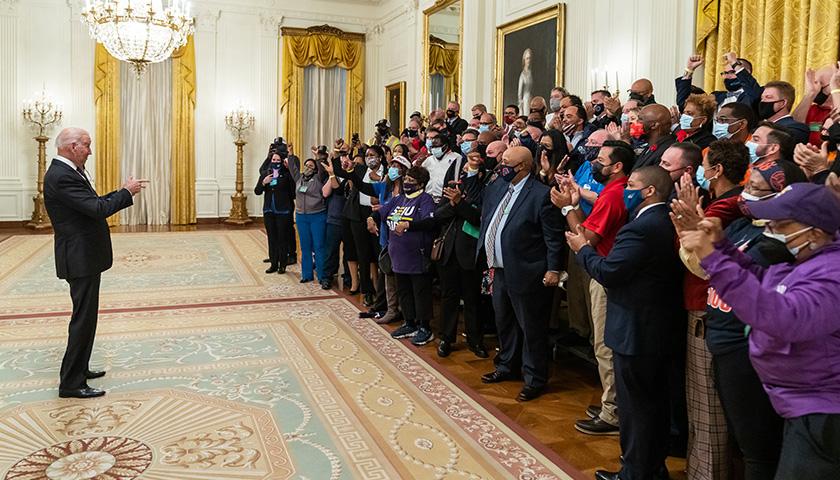 Rates of union membership fell to an all time low of 10.1% in 2022, according to a Thursday report from the Bureau of Labor Statistics (BLS), despite President Joe Biden’s promise to bolster American unions. Biden pledged to “be the most pro-union president you’ve ever seen” to a group of supporters the night before the 2020 election, according to the Associated Press, and signed an executive order in April 2021 creating a task force to investigate how the federal government could increase union membership. Despite these efforts, union membership continued its long decline in 2021 and 2022 as new non-union jobs outpaced union jobs, according to the BLS.