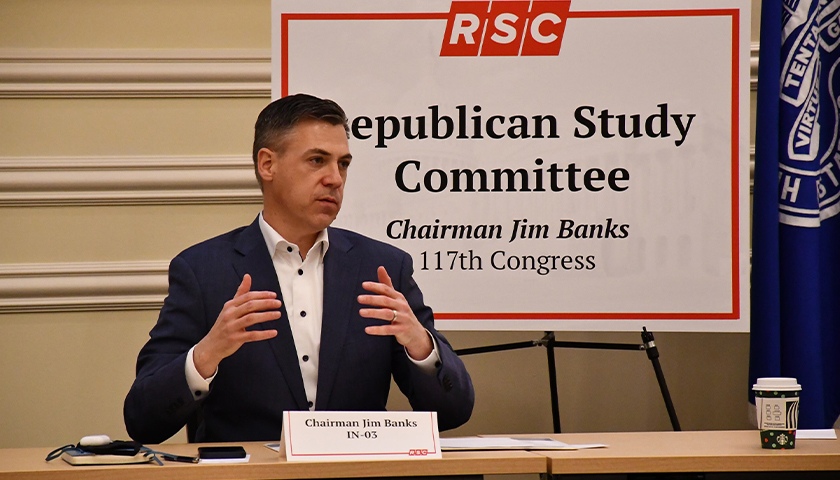 The Republican Study Committee is urging the GOP to “lean into the culture war” as a “winning” issue, according to an internal strategy memo obtained by the Daily Caller News Foundation.

RSC Chairman Jim Banks sent the memo Thursday to approximately 154 Republicans urging his colleagues to fight back against the ideology of Critical Race Theory (CRT) and the “racial essentialism” that it teaches. Banks wrote that Republicans believe “individuals should be judged based on the contents of their character, not their skin,” and that America’s institution should be “colorblind, just as our Constitution is colorblind.”

“Here’s the good news,” the RSC chairman told his colleagues. “We are winning.”