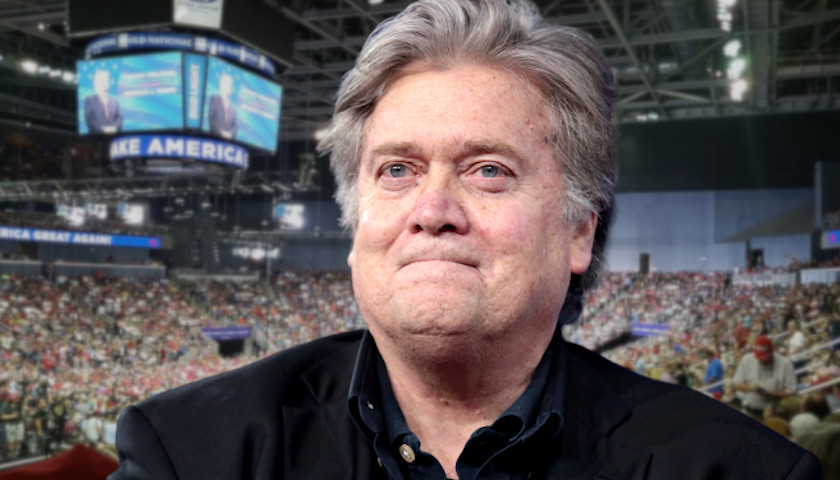 Steve Bannon, a former White House chief strategist, urged President Donald Trump to forget the rallies and instead emphasize “action” during the final four months of the presidential campaign.

“He is trying to get conservative commentators to go negative on the campaign so that they wake up and realize they are in bad shape before it is too late to do anything,” a former White House official told The Washington Examiner in regards to Bannon’s recent appearance on “The John Fredericks Show.”