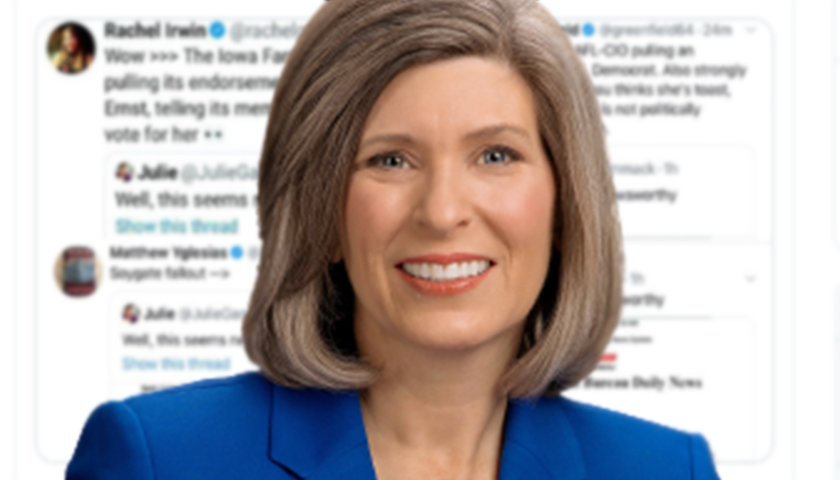 A group of Democratic political operatives and journalists circulated a fake email on Twitter on Sunday that the Iowa Farm Bureau retracted its endorsement of Sen. Joni Ernst, a move which would have been a heavy blow to the Republican’s re-election bid.

The fabricated email asserted that the farm bureau was retracting its support for Ernst because of her debate performance earlier this week against challenger Theresa Greenfield.