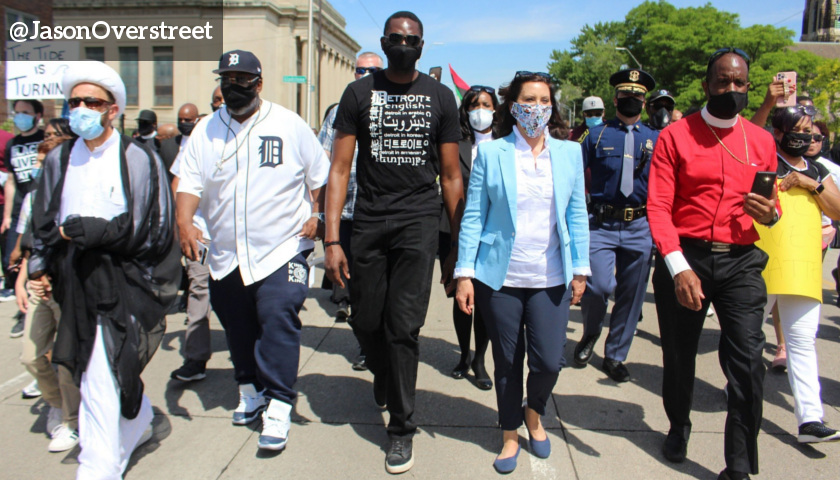 Gov. Gretchen Whitmer was seen protesting the death of George Floyd on Thursday in Highland Park with hundreds of other people in a way that appeared to break social distancing practices, despite voicing concerns in recent weeks about similar demonstrations spreading coronavirus.

Tiffany Brown, a spokesperson for the governor, denied that Whitmer had violated the executive order issues on Monday. The order, which moved Michigan into phase four of the MI Safe Start plan, says that people should remain six feet apart at public gatherings and that gatherings should consist of 100 people or fewer.