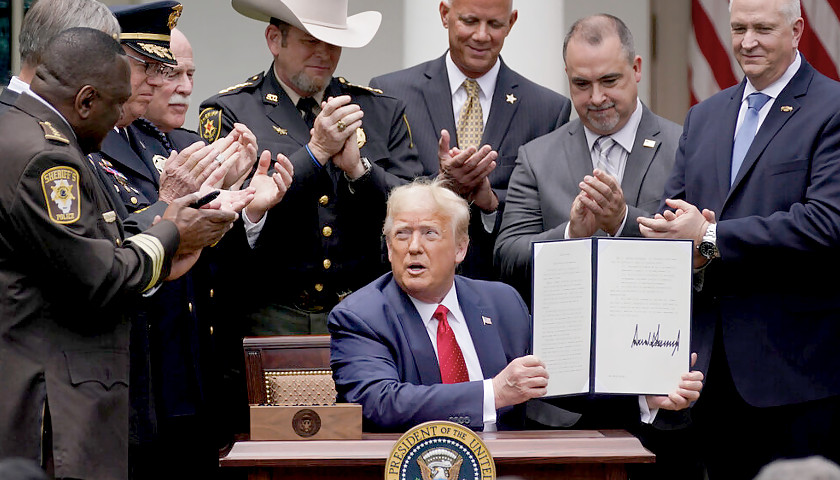 Following weeks of national protests since the death of George Floyd, President Donald Trump signed an executive order on policing Tuesday that he said would encourage better police practices and establish a database to keep track of officers with a history of excessive use-of-force complaints.

In Rose Garden remarks, Trump stressed the need for higher standards and commiserated with mourning families, even as he hailed the vast majority of officers as selfless public servants and held his law-and-order line.