A restaurant in Roanoke, Texas, held a controversial “kid-friendly” drag queen grooming event Sunday during which children of all ages were invited to participate in the show that featured vulgarity and partial nudity, while ANTIFA members, armed with AR-15s, protected the event.

BREAKING: Another Drag Show in Texas allowing children to attend has been exposed

Anderson Distillery and Grill announced on Tuesday that they will host a drag show “open to all ages” pic.twitter.com/6yEdWJZfYj 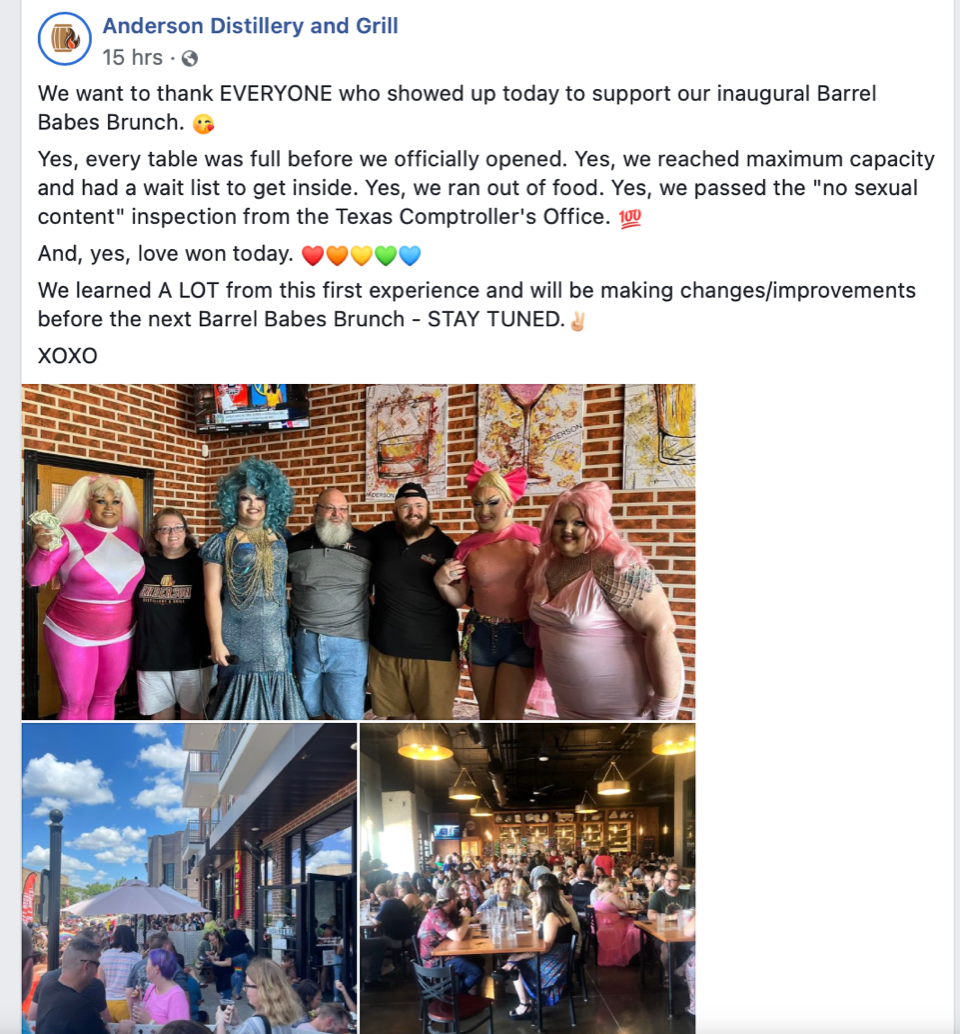 “Those in attendance seemed to be almost exclusively white women,” Oliver noted, adding:

The restaurant owners describe themselves on the bar’s website as “two old farts who came together for booze and food.”

The “old farts” celebrated the event on Monday in a Facebook post, in which they boasted, “We want to thank EVERYONE who showed up today to support our inaugural Barrel Babes Brunch.”

“Yes, every table was full before we officially opened,” they touted. “Yes, we reached maximum capacity and had a wait list to get inside. Yes, we ran out of food. Yes, we passed the ‘no sexual content’ inspection from the Texas Comptroller’s Office.” 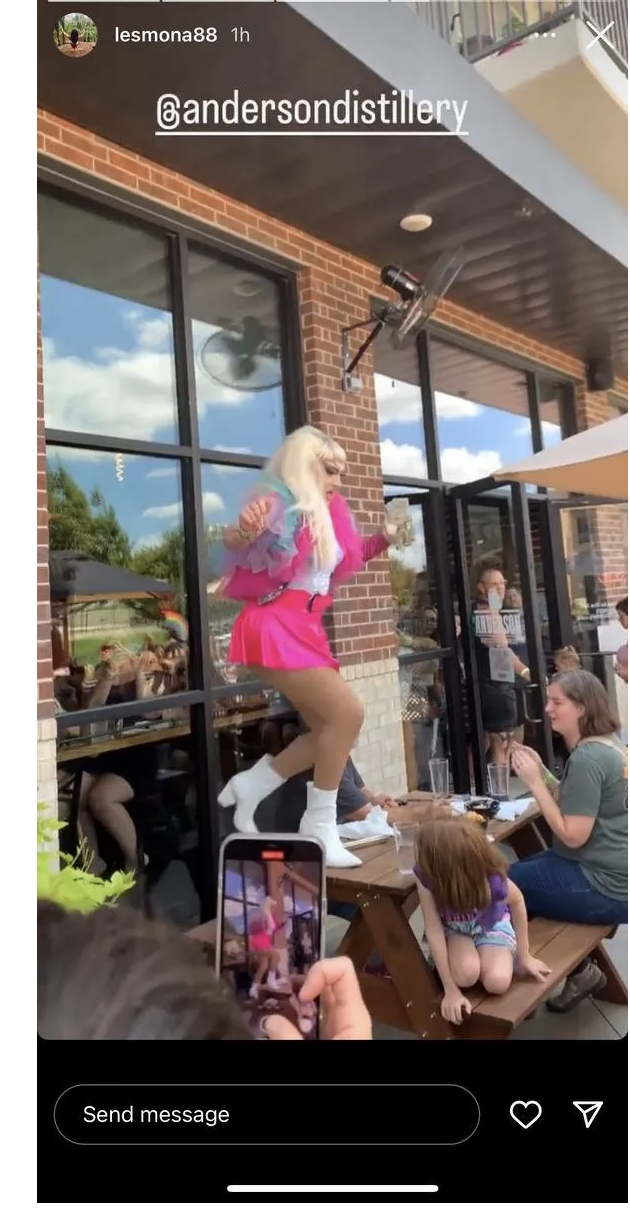 Texas Family Project urged citizens to contact the restaurant and request an age limitation on the event.

Libs of TikTok recently posted photos of similar child grooming events in Pennsylvania and North Carolina, where children have been taught to use a stripper’s pole to “pole dance.”

We have a serious problem in this country pic.twitter.com/aqtPspPhAA

According to the report, drag queen “Trisha Delish” hosted the event. “Delish” was the winner of The Queer Off, which is described as “a live 12-week elimination style competition, showcasing the talents of the queer community.”

In this video the drag queen
(Albert Estrada) is dancing to
“Let’s Get Physical” by Dua Lipa. pic.twitter.com/QmXEnpRkyx

Like many Texas parents, I was disturbed by the recent images showing children participating in a drag show in the Dallas area, including one image of a child placing money in a performer’s undergarment. I know this is a concerning issue for many Texans, and the images circulating are certainly inconsistent with our Texas values.

“Though my office does not typically comment on ongoing investigations, the recent public discussion surrounding this specific entity demands a response,” the comptroller added.