I keep writing my Music Spotlight column because of the stories. And while we all appreciate the music that these singer/songwriters bring to us, it is the stories of these tireless individuals that keep me coming back to my computer to share what I have learned with my readers.

For the first 25 years of her life, San Diego native Alyssa Jacey trained to be a dancer. She took her first dance class at age 4. She started in ballet and later added tap and jazz. Hip-hop was the craze, and that’s what the young performer aspired to be: a hip-hop dancer. She began competitive dancing with a troupe and performed all over the west coast.

“I loved dancing and I thought that was going to be my full-time job,” she recalls. She wanted to become a backup dancer for someone like Justin Timberlake or Janet Jackson. 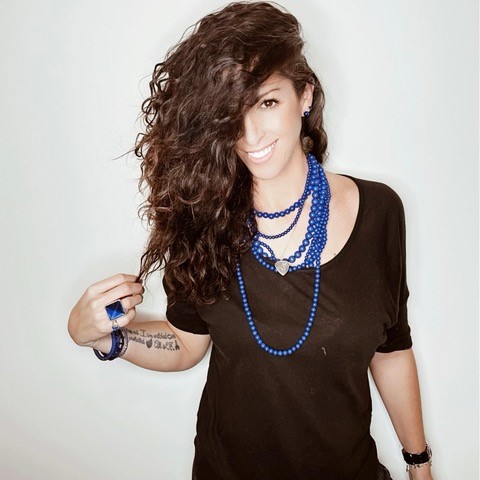 Jacey eventually became a licensed dance instructor. While attending college in 2003, she auditioned for the Super Bowl XXXVII halftime show and made it. She performed alongside Celine Dion who sang “God Bless America” and the Chicks who sang the Star-Spangled Banner. Then she danced alongside Santana, Beyoncé, and Michelle Branch who did the pre-game show, and lastly, she was with Sting, No Doubt, and Shania Twain who starred in the popular halftime show.

Jacey quit school and went to L.A. to pursue a dance career. However, to make ends meet, she had to work additional jobs. One of the jobs she had was as a cocktail waitress, where she often was found singing to herself. Her manager had heard her singing and asked her to host the bar’s new Wednesday karaoke nights.

“That is how my entire [music] career started. Just from singing to myself. I didn’t play instruments or write songs. I never sang in public because I was a dancer.”

She started singing karaoke, which turned into people asking where they could see her next show or buy a CD. Night after night, people would ask about her music.

Jacey eventually moved back to San Diego, where she returned to school. She continued singing throughout college. She started taking her music hobby seriously and began writing songs while teaching herself to play guitar. Her first single, “The Longest Kiss,” was being played on local radio.

She met great people and started touring as she tried to make a career in music. She didn’t care about fame but did want to earn enough money to make a living.

At age 30, after touring and visiting Nashville a few times, Jacey decided it would be better to give her music career a go in Tennessee instead of L.A. or elsewhere in California. She left her car, condo, and boyfriend, and headed to Music City.

She drove her car from San Diego to Nashville and left her car in Nashville after playing 35 shows in six weeks. She decided to move there permanently, so she flew back home, got rid of
her condo, broke up with her boyfriend, and moved to Music City.

Jacey has written approximately 400 songs, the majority of which are an open-book diary about her life.

“You will know so much about me if you listen to my music,” she confesses.

The artist’s most popular song to date is “Drowning Me,” which has a strong Norah Jones vibe. 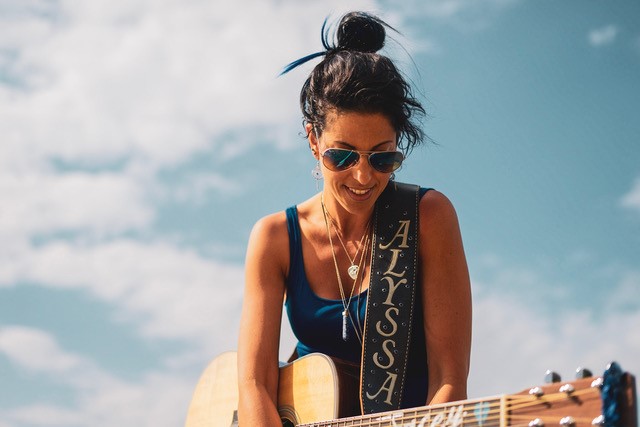 “When people compare me to Norah Jones, I think that is the biggest compliment in the world,” she exclaims.

Other popular songs she has written include “Fall Out of Love,” “I Want It to Rain,” the pop-rap single, “See Me Cry,” and the recently released, uplifting “Sha La La Love.” The songwriter embraces all genres of music and emotions when she puts her feelings to paper.

Fast forward 10 years, and now Jacey finds herself coming out of the pandemic, newly divorced, all while trying to put out what she calls her 10th and final record.

Besides the challenge of her divorce, in the past few years she lost a family member to cancer, had family health scares, and had a major shoulder injury all while living across the country from her family with no partner/spouse to support her. Another might have given up, but not this conqueror. Jacey continued to reinvent herself with reckless abandon and forged ahead as best she could. Through years of weekly therapy and the support of her closest circle, she was able to pull through.

She proclaims, “Only recently have I found myself again. I have learned so much from all the hurdles life threw at me these last few years. I’m not even the slightest bit resentful or angry anymore. In fact, I feel the opposite. I am grateful.”

Regarding her 10th album, she says, “I’ve been in Nashville 10 years and these are the best of my songs and I want them out.”

Not only that, Jacey has started her own life-coaching business, I Am Unashamedly Me, providing inspirational career coaching for all ages and stages of life.

On May 27th, the singer/songwriter released the very personal “Choosing Boys,” which she hopes will inspire others not to make the same mistakes in relationships that she has made.

She confesses, “I love this song. I can’t wait for people to hear it. Of course, the catalyst was my ex, but there were people before that. I have (in the past) had a terrible ability to avoid red flags. I’m a hopeful romantic.”

Now, through therapy and much self-examination, Jacey has gotten to the point where she will no longer stand for the kind of behavior that she has endured from “these boys.”

Jacey feels like these 15 songs that she will be releasing are “next level” in regards to the songwriting and the production of them. She has been involved in producing, co-producing, and
co-engineering the record. She wrote 11 of the 15 songs and cowrote the others, obviously doing all the lead vocals, and harmonies, playing guitar on a few songs while playing the drums
and percussion on some others. She helped write the instrumentation for every instrument, and also created the artwork for each single thus far.

Because her music is so eclectic, she admits that many industry people have told her to “pick a lane,” or “pick a genre.”

“I can’t,” she states. “Everything inspires me. There’s jazz, blues, pop, reggae, rap, I can’t choose one. And now I am squishing a lot of them together.”

She mainly performs in four states – Tennessee, California, Idaho, and Hawaii – where she regularly plays in her favorite venues. She will continue to focus on her inspirational career coaching and artist development.

Regardless of what happens next, Jacey advises that now she is truly living her best life.

“I could not be happier,” she admits.

While she is excited for fans to hear “Choosing Boys” and get on board with its message, she is even more eager for the world to hear her next single, “Man of God,” which will be released in June. The song is about the hard truth regarding her former husband.

She got inspired to write the song after Carly Pearce released her award-winning 29 album about her own divorce.

“’Man of God’ is the most vulnerable, open, and honest song I have ever written,” she explains.

“You have to go through stuff in order for light bulbs to go off. If you want your life to be better, there are things that you have to experience. You have to work on yourself, because it’s not always the other person.”

She feels that her whole life’s purpose is to inspire people via her story and her music.

In conclusion, she surmises, “If I could start this career with zero musical experience and turn it into what I’ve turned it into, anyone can do anything if they have the drive and passion.”

To be honest, I am completely fascinated by Alyssa Jacey’s career and attitude. She has learned to use her music to heal herself and help others grow. And with her many life experiences, she has become a role model to younger people. Not only that, we older folks might learn a thing from her as well.