Shriver started singing lessons at age nine to give herself something to do. About a year after starting lessons, she got her first guitar and began writing songs. 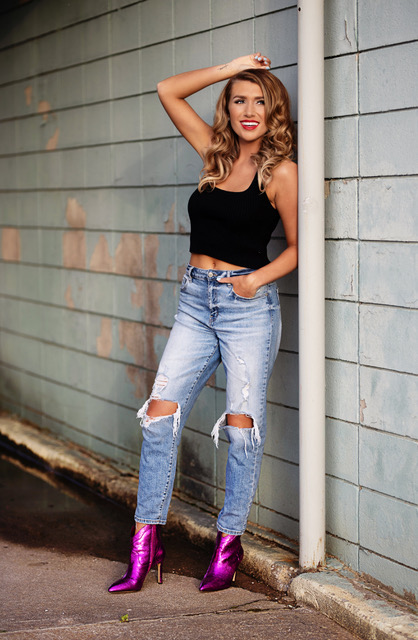 And even though her parents were not particularly musical, but her grandfather and many of her aunts, uncles, and cousins were. At family gatherings, they would play instruments and sing “pretty much every kind of music.”

At age 11, she began leading worship (singing) at church, and soon after that, they began traveling to Nashville several times a year.

“It’s kind of gone all crazy directions since then,” she exclaimed.

The now 19-year-old was 16 when she tried out for Season 17 of NBC’s The Voice. For the Blind Auditions, the country crooner covered Kasey Musgraves’s “Rainbow” and became the last person accepted on Kelly Clarkston’s team. She remained on Clarkston’s team for the battle rounds and the knockout rounds. Fellow Okie Blake Shelton saved her when she sang the iconic “Landslide.” She then sang Lady A’s “American Honey” which took her to the top 16.

Of all the performances, we both liked her version of The Wreckers, “Save the Pieces” which showcased her unique vocals perfectly. Although there are hundreds of talented vocalists on the music competition shows, having a voice that is distinctive, yet authentic is what makes Shriver stand out.

“The show was a blast. It was a great learning experience. It was a mini-music boot camp. They shoved you out into the industry for a little bit and it was really eye-opening,” she said.

While the show was certainly a challenge, it made her even more confident that this was the career she wanted to do.

Now, living in Nashville, the artist is quite a ways from home, where she is studying Music Business at Belmont College.

She stated, “After The Voice, I think they saw it coming. Everyone else always went to school in Oklahoma and still live in Oklahoma. I definitely get a lot of phone calls each week with check-ins”.

Since leaving The Voice and moving to Nashville, she a co-written and released several person songs like “Game Over,” “Rain” and the popular “Meant to Be” which has had nearly 500,000 streams on Spotify alone.

She writes with as many songwriters as possible. Famed songwriters Buddy Owens and Galen Griffin have taken her under their wing and have mentored her along the way.

Shriver said, “Ninety-nine percent of the songs I write are about my life. I really enjoy writing about personal experiences. It may be a small event or a big one, but getting a good song out it is my favorite thing to do.” 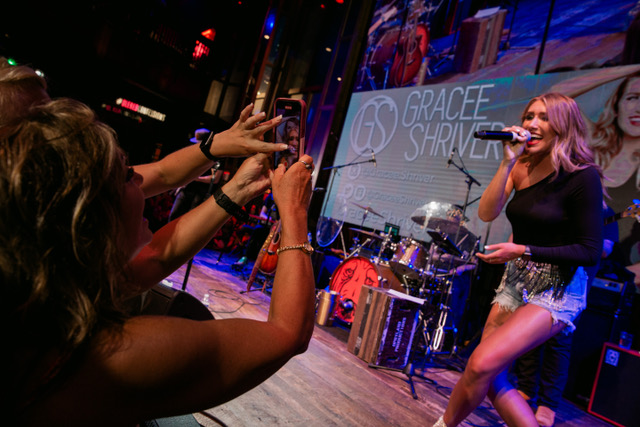 Her latest release “You Can’t Have Both” is about a relationship where she was fooled twice by the same person.  With lyrics, Don’t come looking for my heart / I left all the pieces scattered in the dark/ Don’t try to go trying to make amends/ It would take a miracle to even call you friend…, you can tell the singer-songwriter is evolving with her sound and message.

As she says on her website, “Music brings people together. When I write a song, people are getting to hear a little bit about an experience that I’ve gone through. I love the feeling of someone being able to relate to my lyrics.”

Until she becomes a signed artist, for the time being, her main focus is going to school. “I really enjoy learning about the business side of music especially from a school as highly regarded as Belmont,” she said.

Besides being on NBC’s The Voice, Shriver admits the most fun thing she has ever done was play the half-time show for the Oklahoma City Thunder NBA Basketball team. She loved being in the middle of everything.

Shriver doesn’t see any more talent competition shows in her future. Her goal is to finish school, stay in Nashville, and keep working and networking.

In the meantime, we will all be on the lookout for this soulful singer’s new music which will be released at the beginning of 2022.