NASHVILLE, Tennessee –  When I heard that Shenandoah was releasing a collaboration album, I thought it would be a greatest hits album. What I didn’t expect was a record with all new songs paired perfectly with a plethora of current country artists.

It’s been 20 years since Shenandoah has put out a full-length album. Buddy Cannon produced Every Road along with Marty Raybon and Mike McGuire and it is spectacular. 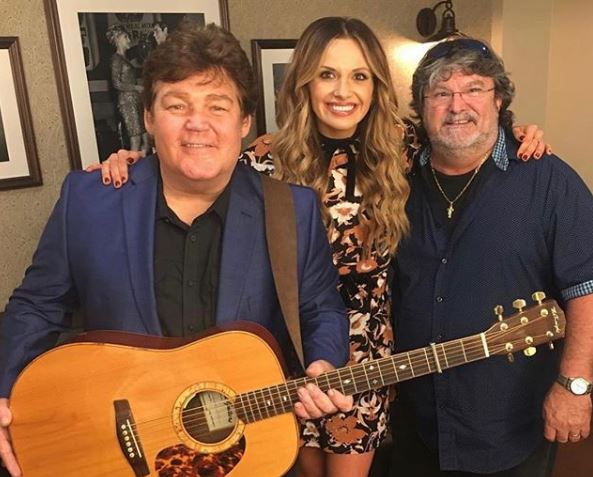 Shenandoah’s Raybon chatted with me about how the Every Road record came to be.

“Who says you can’t get artists to sing new songs with you? Years ago when we did the duet with Alison Krauss, “Somewhere in the Vicinity of the Heart,” we didn’t ask her if she wanted to sing one of the old ones.”

The songs picked for artists’ duets are perfectly matched. Raybon said, “We wanted to send to the artists who we got for this project something that kind of sounded like what they did.” Bandmate Mike McGuire, manager Cole Johnstone, and Raybon all had a hand in matching the songs to the artists.

When I heard the title track to Every Road I immediately thought of Dierks Bentley. And who better to sing a fun summertime song than Luke Bryan? The Zac Brown Band are the perfect partners to take listeners down memory lane in the recently released, “I’d Take Another One of Those.” Carly Pearce lends her heartfelt vocals to the promising “I’ll Be Your Everything” while the fun-loving newcomer, Cody Johnson, croons about “High Class Hillbillies.”

“If Blake Shelton or we had [released], “When a Girl Walks In,” it could have worked either way,” Raybon said.

The members of Lady A wrote “Every Time I Look at You” specifically for the Every Road collaboration and the two groups were able to record/sing it for Kelly Clarkston’s show recently.

I was also impressed by the variety of talent offered on the record. Vocally, no two female country artists could be more different than Carly Pearce and Ashley McBryde.

“I love the purity of what Ashley is, I love her presence and her spirit. She’s such a real person. Then you turn right back around with Carly, I love that cry and that break in her voice. And even in the lyric of ‘I’ll be Your Everything,’ I’ll be the first beat of your heart, she just killed it.”

All of the songs on this album have been recorded since COVID hit. “We actually wanted to start before the COVID shutdown, but it shoved us back. I hate that we couldn’t be in the studio together as artists recording the record together. I hate that because of the fellowship we lost in it. Still, in a way, it has been a blessing as it gave us a chance to record it without any type of interruption like being on the road,” Raybon recalls. Additionally, the artists who performed the duets were also available to record.

Now that the recording of songs is completely digital, performers can record their parts separately then have them mixed in the studio. However, Raybon was able to be there when McBryde and Pearce made their recordings.

“We were all masked-up and kept apart like were supposed to. As much as I wanted to hug their neck and tell them I loved what they did, we kind of kept composed about things. Everybody on this record was wonderful. With Buddy Cannon producing and Tony Castle mixing and with all the artists, if we wanted to, we couldn’t have done it any better,” he exclaimed. 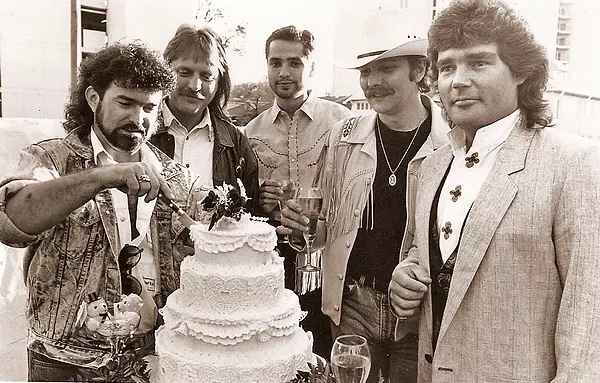 Raybon helped write three of the songs, “I’ll Be Your Everything” (Pearce), “Make It Till Summertime” (Bryan), and “High Class Hillbillies” (Johnson).

As fans know, Raybon took a break from Shenandoah for a few years but rejoined the group in late 2014. He is thrilled to be back. He stated, “I came back for this reason, (to make this record). I literally believed that we had gas in the tank. I believed that we could entertain people and that we still had something to say. I believe that this record is the vehicle to do that.”

With Raybon’s distinctive voice which has been described as blending the soulfulness of rhythm and blues with the lonely intensity of great country music, Shenandoah has the traditional sound that many grew up with and love. The collaborating artists themselves grew up listening to Shenandoah. Partnering with the younger country stars is the perfect way to bring the traditional country music/lyrics/sound to listeners in a meaningful way that can truly be appreciated.

Even though 2020 has been a bust, in the past four years, Shenandoah has seen crowds triple/quadruple in size.

“The most amazing thing in the world to me to look at those 17, 18 and 19-year-old kids and they are right in front of the stage and they are singing every lyric,” Raybon said. “They are singing the words to songs that were recorded before they were even born.”

Because young people mostly stream their music, their tastes are often more diverse and eclectic than what their parents listened to. That makes it easy to pick and choose good music regardless of genre.

This is exactly what makes Every Road such a good album. It combines the best songs from the best songwriters with popular performers singing new music in the traditional Shenandoah style that we all have come to love.

Raybon and I agree that Every Road is on track to be nominated for “Album of the Year” at the next CMAs and maybe even a GRAMMY®. With every song sure to be a hit with the various artists’ fans, it will be loved by all who follow any type of country music. Lady A’s Charles Kelley said, “If this record doesn’t get a GRAMMY®, then nobody deserves one.”

Being released on November 13, you can pre-order Every Road here.

Here is the songs on the album:

7. “Every Time I Look At You” (with Lady A)
Dallas Davidson, Charles Kelley, Hillary Scott, Dave Haywood
*Lady A appears courtesy of BMLG Records