In the face of overwhelming facts to the contrary, five prominent “fact checkers” are claiming that Joe Biden and Kamala Harris don’t support legalizing abortion up until birth. To reach this false conclusion, these individuals repeatedly use a propaganda technique condemned by George Orwell, the author of 1984.

The resulting misinformation shrouds the policies of Biden and Harris, who are planning to legalize abortions of humans who are capable of living outside the womb. This stance is opposed by about 80% of Americans and involves ending the lives of pre-birth humans who have passed the following milestones:

– Before We Are Born: Essentials of Embryology and Birth Defects 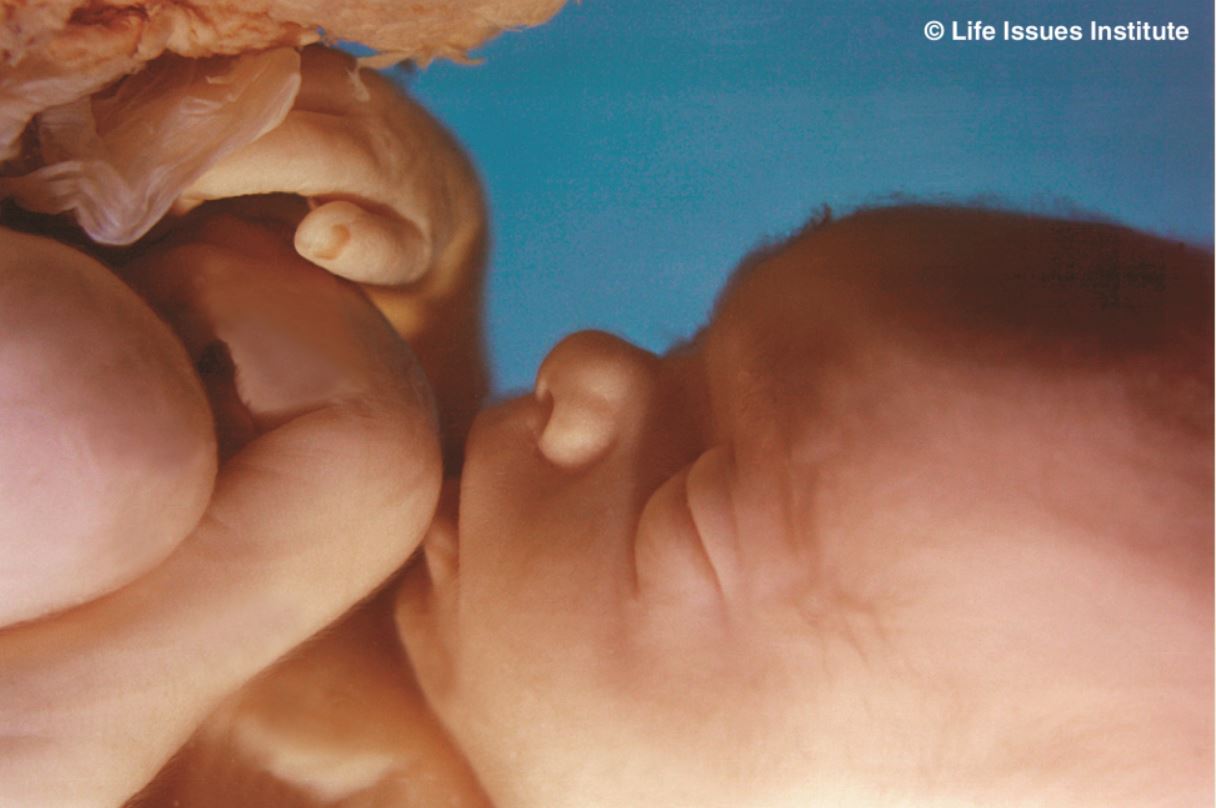 At the 2020 Republican National Convention, keynote speakers and others stated:

In support of those claims, these fact checks all use a mix of similar half-truths that lead readers to believe the polar opposite of reality.

The Implications of Roe v. Wade

Biden’s campaign website says that he “will work to codify Roe v. Wade,” the Supreme Court’s 1973 ruling that struck down the laws of 30 states that prohibited abortions except to save the life of the mother. This means he will try to pass federal laws that enforce the provisions of Roe instead of relying upon judicial dictates.

In and of themselves, these stances constitute support for abortion up till birth because Roe v. Wade:

The implications of Roe were made clear by late-term abortionist Warren Hern, author of “the nation’s most widely used textbook on abortion standards and procedures.” He stated, “I will certify that any pregnancy is a threat to a woman’s life and could cause grievous injury to her physical health.”

In direct contradiction to the actual words of Roe, all of these fact checkers allege that supporting Roe does not mean supporting late-term abortions. PolitiFact, for example, writes that the Democratic Party platform “does not address late-term abortion” and that Biden’s goal to codify Roe “would generally limit abortions to the first 20 to 24 weeks of gestation.”

PolitiFact then casually adds that Roe and “related precedents” require states to allow abortions after viability “to preserve the life or health of the mother.” This is a quintessential half-truth because it fails to reveal that “health,” as defined by Roe, means virtually anything that any abortionist says it means.

Both the House bill and the Senate bill, which is cosponsored by Kamala Harris:

The Washington Post Fact Checker is aware of the Women’s Health Protection Act but claims that it would merely prohibit states “from banning abortion before the fetus reaches viability.” This description is at flagrant odds with the text of the bill, which again, bans states from prohibiting “abortion after fetal viability” when any licensed abortionist says there is “a risk” to the “health” of the mother.

A third line of evidence that Biden, Harris, and other Democrats are intent on legalizing abortion after viability is the enactment of state laws that do just that, along with promises to nullify state laws that limit late-term abortions.

As a NY State agency explains, the purpose of the bill was to bring the state’s law “in line with” with Roe v. Wade. States such as Rhode Island and Illinois have recently enacted similar laws.

Biden is also on board with this agenda, as his campaign website says that his “Justice Department will do everything in its power to stop the rash of state laws that so blatantly violate Roe v. Wade.”

While she was running for president, Kamala Harris’ campaign website vowed that she “will require, for the first time, that states and localities with a history of violating Roe v. Wade obtain approval from her Department of Justice before any abortion law or practice can take effect.”

Given that Roe has not been overturned, and the Supreme Court “reaffirmed” its “essential holding” in the case of Planned Parenthood v. Casey, how can states defy Roe? A 2011 New York Times commentary by Yale Law School fellow Emily Bazelon explains that this is the norm because abortion advocates have decided not to challenge such laws in court.

She writes that “abortion rights groups” have “been wise to avoid” suing states that prohibit “abortion after 20 or 22 weeks of pregnancy” because:

Yet, NPR misleads their audience to believe the converse by reporting that “a majority of Americans (61%) say abortion should be legal in all or most cases.” NPR provides no evidence or link to support his claim.

Downplaying the Number of Late-Term Abortions

Bazelon’s commentary, which provides strategic advice for abortion advocates, stresses that “abortion foes … reduced popular support” for abortion by “making late-term abortion seem as if it were the norm rather than the exception. Yet only 1.5 percent of abortions occur late in the second trimester.”

Four of the five fact checks present that same narrative. PolitiFact, for instance, writes that “late-term abortions are very rare, about 1%.” In the context of whether such abortions should be legal, this is a brazen half-truth because it fails to mention that the total number of abortions is so enormous that this small percentage amounts to thousands of late-term abortions per year.

A 2013 paper in the journal Perspectives on Sexual and Reproductive Health estimates that “more than 15,000” abortions are performed each year in the U.S. “at 21 weeks or later.” The authors note that this amounts to about 1% of all abortions, “but given an estimated 1.21 million abortions in the United States annually,” “later abortions” add up to “a substantial number of abortions.”

Hence, these supposedly “very rare” late-term abortions are more numerous than incidents that the media portrays as common occurrences in the United States. Examples include:

Beyond the common arguments of the other fact checkers, the Washington Post adds a unique one to the mix. “Experts told us,” say the Post’s fact checkers, that just because “some Democrats support abortion rights,” this “doesn’t mean they support ‘extreme late-term abortions’.” As proof of this, they name one “expert,” who they describe as “Katie L. Watson, a professor at Northwestern University’s Feinberg School of Medicine.”

That is yet another half-truth because Watson’s official bio reveals that she is not a doctor but “a lawyer” and “bioethicist” who “is currently serving terms on the Board of the National Abortion Federation (NAF, the professional organization of independent abortion clinics) and on the National Medical Council of the Planned Parenthood Federation of America.”

All of the examples above materially differ from saying something like “supporting drug legalization is not the same as supporting drugs.” This is because abortion, rape, slavery, and murder all involve actions that people take against other humans. In contrast, taking drugs is something that people do to themselves.