Nashville, Tennessee- Jake Brown knows more about the music industry than any human I have ever met. Being that he just completed his 50th book, Behind the Boards: Nashville, he writes memoirs and provides a plethora of behind the scenes’ antidotes for all music genres. 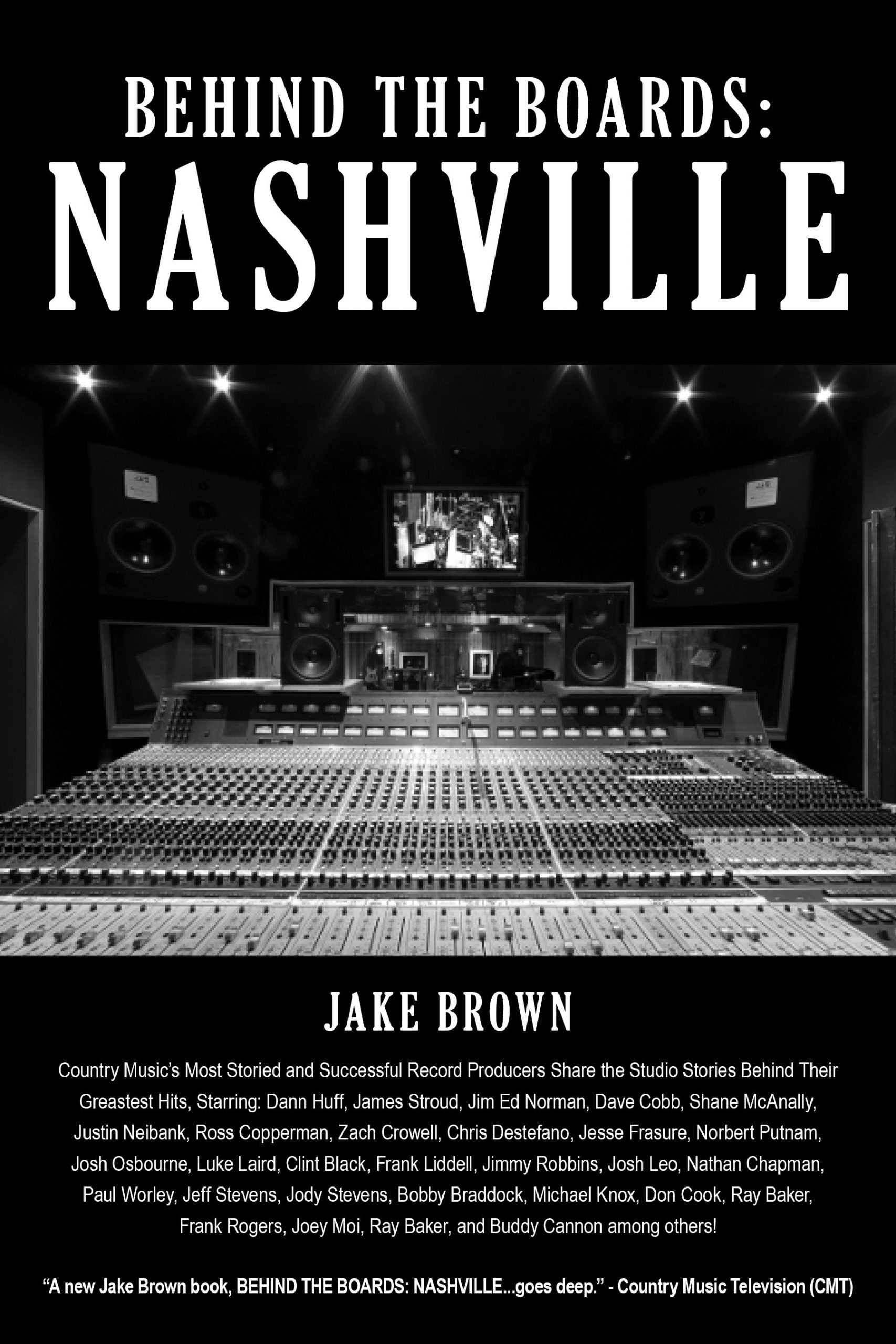 Brown said he got interested in what goes behind the scenes when he was a kid. His mother took him and his brother to see the Bon Jovi –Slippery When Wet concert. At the concert, Brown and his family could barely see the stage while Bon Jovi performed; however, one thing Brown could see was what was happening behind the stage.

“[What they were doing] was so cool to me. I had a Beatles moment,” he said.

The new book explores the in-depth relationships between artists and producers while revealing the compelling stories behind some of the biggest hits to come out of Music City.

Behind the Boards: Nashville invites readers inside for front-row, first-hand conversations with 30 of country music’s most successful and legendary record producers of the past 50 years, including Tony Brown, Dann Huff, Buddy Cannon, Dave Cobb.

If people are country music fans, they can learn about the music they are streaming in the extensive 600-page book. Just like an encyclopedia of who’s who in 21st-century country music, they can easily find out about their favorite artists, songwriters, and producers in the online version of the book. Many producers came to fame by taking the chance and working with (then) unknown artists such as Dierks Bentley, Kenny Chesney, Luke Bryan, Jason Aldean, Miranda Lambert and others.

“The book gives you an appreciation for how much work these producers put in behind the scenes laboring on certain songs to make sure they are perfect,” Brown said.

Since he knows about all genres of music, I asked him if the camaraderie that is found in country music is the same as other music types.

He stated, “In Nashville, they don’t tolerate not being a team player. There are 85 million people who want to be in your shoes and 25 people are waiting to replace you. It creates an environment where everyone who is in the room is there because they want to be there. They are excited to be there and you hear it in the music.”

Brown admitted that country music has fused with pop/dance and is sometimes is indistinguishable, which shows how Nashville is opening its mind a little bit.

“There’s a power that Nashville has to capture the life of the listener in three minutes,” he said. “Hip hop can help get more ears interested in these real-life lessons from country music and I think that is fantastic.”

Behind the Boards: Nashville will hit store shelves on June 23. This book is available now for pre-order on Audible.com and Amazon.com.