After years of warning, President Donald Trump took action Thursday in the form of an Executive Order to remove a key protection companies like Twitter, Facebook, and Google enjoy that shields the tech giants from lawsuits by individuals and other entities with claiming bias, censorship, and otherwise unfair treatment.

The Order, titled “Executive Order on Preventing Online Censorship” comes two days after Twitter added a controversial “fact-check” of two of his tweets about fraud and absentee ballots, NPR reported.

The executive order is available in its entirety here.

“We’re here today to defend free speech from one of the gravest dangers it has faced in American history, frankly, and you know as well as anybody what’s going on. It’s not good,” President Trump said.

Washington Times reporter Thomas Howell served as a pool reporter for the press. 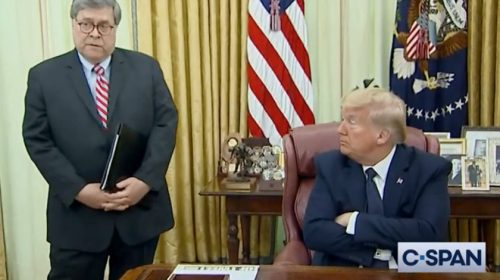 In a live email feed to The Tennessee Star, he reported from The Oval Office:

“We’re here today to defend free speech from one of the greatest dangers,” referring to tech ‘monopoly’

“We can’t allow that to happen”

He says these tech companies have “points of view“

Sees bipartisanship, says Democrats are saying ‘this is about time something is done’

Says Twitter is acting as an editor ‘with a viewpoint’

Says tech platforms have more reach than newspapers and other media

Trump predicted there would be a lawsuit, Howell reported.

“We’re fed up with it,” the president said.

“The news is fake,” he said. “If we had a fair press in this country I would do that in a heartbeat.”

Howell reported that Trump said, “Currently, social media giants like Twitter receive an unprecedented liability shield based on the theory that they’re a neutral platform, which they’re not.”

“My executive order calls for new regulations under Section 230 of the Communications Decency Act to make it that social media companies that engage in censoring or any political conduct will not be able to keep their liability shield, that’s a big deal.”

And then, finally, before taking your questions, I wanted to address what has been going on on Twitter and with social media.  I believe it is time to, quote, “get the facts” about Twitter and other social media platforms targeting their bias against President Trump and conservatives online.

If we were to judge the bias of Twitter and its top employees by their own words, the case would be an easy one to make.  Twitter’s head of site integrity has tweeted that there are, quote, “actual Nazis” in the White House, and no fact-check label was ever applied to this absolutely outrageous, offensive, and false claim made against the White House and its employees.

But let’s judge Twitter based on their actions, not based on the words of its top employees.  And its actions are no better.  President Trump recently received a so-called “fact check” label for a tweet.  It was a false fact check, an inaccurate fact check, but nevertheless, Twitter moved forward with it.

Jason M. Reynolds has more than 20 years’ experience as a journalist at outlets of all sizes.