Nashville, Tennessee – Even though I was familiar with the country/rock band, Trick Pony, the first time I was aware of Heidi Newfield the solo artist was when I heard “Johnny and June” on the radio in 2008. When I learned that Newfield was going to be one of the guests performing at the Her Song fundraiser for Thistle Farms at Third and Lindsley/Backstage Nashville, I got tickets to help a good cause and see some awesome female artists in an intimate setting. Fortunately, I was able to meet and secure an interview with Newfield who has one of the most beautiful, raw, bluesy voices I have ever heard. 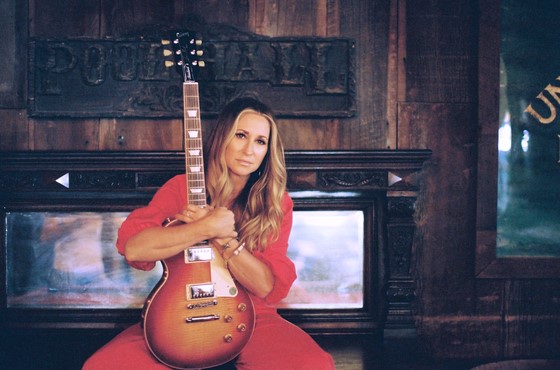 What I did not know about her was how talented of a harmonica player she was. Newfield was raised on a Quarter Horse ranch in Healdsburg, California outside of Santa Rosa. She first got her love of harmonica from her grandfather who also played.

“He played more straight harp and those campfire songs. My family got together for every kind of birthday and holiday and at the end of every dinner, he would reach into this one drawer that held all of his harmonicas, and he would play some songs for us and I would sing a few songs acapella and that turned into me learning an instrument or two,” she said. “For me, the harmonica has one of the most lonesome sounds I had ever heard and I was so drawn to it.”

Newfield began to seek out other harmonica players. She started out listening to country records like Charlie McCoy and Mick Raphael who were her heroes. But then she started getting into the blues, like Little Walter and Sonny Boy Williamson and John Mayall.

“I really got into the Delta Blues and Chicago Blues and Howlin’ Wolf. That’s when I realized that I had a voice that could not only sing country but also the blues,” the singer said.

Although Newfield admits she had one brief lesson, you really can’t teach someone how to play the harmonica as it is a self-taught instrument. Besides the country harpists, Newfield listened to the greats like Toots Thielemans and Stevie Wonder as she taught herself to master the instrument. By listening to various harmonica players, it naturally turned her on those types of music, be it gospel, blues or soul.

“[The harmonica] opened me up a whole other world of music,” the California native said.

Newfield’s parents encouraged her to explore her singing talent. As an early teen, she listened to Ernest Tubb, Loretta Lynn, Patsy Cline, but growing up in the late ’70s she started listening to the hard rock trend coming from The Rolling Stones, AC/DC and Aerosmith. At the age of 13, she developed a love for country music and frequently made trips to Nashville to attend talent search events. 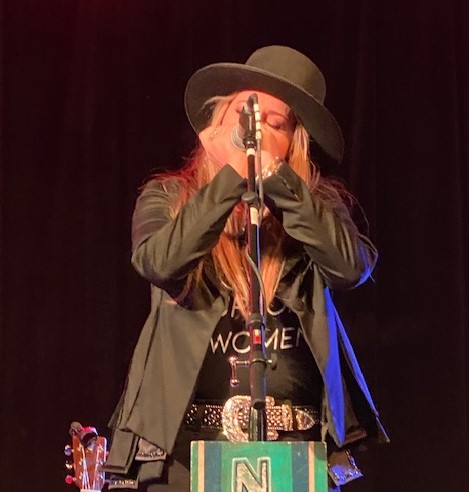 “We didn’t know what we were doing, and we certainly didn’t have the money to be running me all over back and forth between Nashville, but they did their very best to try to support me,” she recalled.

The singer got her big break in 1996 when she met a woman who happened to be the wife of a musician named Keith Burns. Together with bass guitarist Ira Dean, Burns was looking for a female vocalist to form a trio with two guys and a woman. It was then that Trick Pony was born. The group, struck a major recording deal in 2000, being taken under Warner Records’ wings.

Trick Pony would go on to create hit songs including “Pour Me,” “On a Night Like This” and “It’s a Heartache.” But her solo work and the runaway success of “Johnny & June” brought a fist full of Academy of Country Music nominations and brought her multi-faceted creativity into the forefront.

Most of the world is aware of the unique love story of Johnny Cash and June Carter Cash. However, I was unaware of the connection that Newfield had to the famous couple until she mentioned it.

Newfield recorded a song with Johnny Cash and Waylon Jennings on the very first Trick Pony record in 2000.

“That day we just hit it off. He was so lovely, gentle and kind. He knew how nervous I was he made me feel so comfortable,” she said.

Johnny then invited her over to their lake house in Hendersonville to meet June.

“June showed me around and she was so precious and she was everything I had hoped for and more,” she said.

Newfield heard stories from their lives as they were starting out, the darker days and then up to the present time.

They hit it off so well and became friends which led to the following year, Newfield and bandmate, Ira Dean, being invited to spend Christmas at their home in Montego Bay, Jamaica. On Christmas morning, when she was still groggy with sleep, Johnny knocked on her door and said, “Wake up my beautiful child, it’s Christmas morning and I’ve got coffee on.” 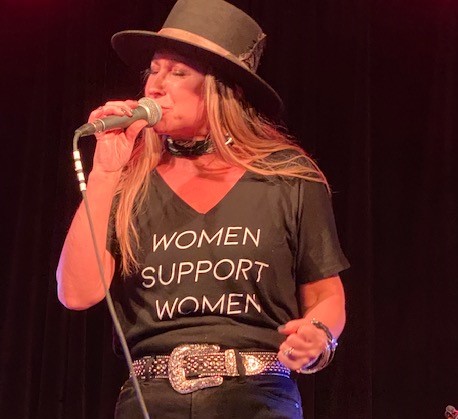 Newfield continued, “Getting to spend Christmas with them in such an intimate way is an experience I will never forget. Their love and respect for one another was palpable. It was precious to watch them at that time in their lives when they were older.”

Johnny and June both passed away in 2004 just months apart. This inspired the line from the song, “When you’re gone, I want to go too.”

Because of the quarantine and COVID-19 virus, Newfield felt compelled to delay the release of her highly anticipated solo album, “The Barfly Sessions” until August 2020.

In Nashville, after losing Joe Diffie and now John Prine, the illness has become very real to the country music family. We both have friends who have been directly affected.

When Newfield and her fiance Matt King heard about Prine, she said, “We cried in our kitchen tonight when we found out he’d passed away. Matt and I both realized we’d only met him once each, but both experiences equally important enough to remember for life. John remembered your name. He made such tender-hearted eye contact, he shook your hand and made you feel like you were long-lost family. He wasn’t a show-boater or a grand-stander and he didn’t seem like he had much use for those that were.”

In the meantime, musicians are having to get their music out now in new and creative ways.

“It’s kind of daunting, a blessing and a curse, but you think ‘How can I reach the public in a way I have never have done before?’ Social Media is a good tool for that. You can see what other artists are doing, as well,” she said.

Newfield is doing live sessions from her “Heidaway” every Sunday on Facebook at 6 p.m. CDT.

“Not only does doing these live sessions lift the spirit of those quarantined, but it also lifts our spirits as well. I take requests and may jump into a Bible hymn or some funky tune that nobody would expect me to do. I also get to test out a few songs from “The Barfly Sessions” record,” the country star said. Additionally, she will do a random song or two live on Instagram.

Newfield has been doing music a little while longer than many I have interviewed in the past. She started out without cellphones or tour buses and takes nothing for granted.

“There’s not an ounce of elitism or a feeling like I’m owed anything or that I am better than anybody,” the singer said. “That kind of attitude and work ethic comes from the times of Johnny Cash and before where you had to work for every penny that you had. Money and fame come and goes. All you have to do is don’t quit. Keep going. Keep making music.”

(Part 2 of this story is coming later this summer when we discuss the recording of her up and coming album, “The Barfly Sessions.”)