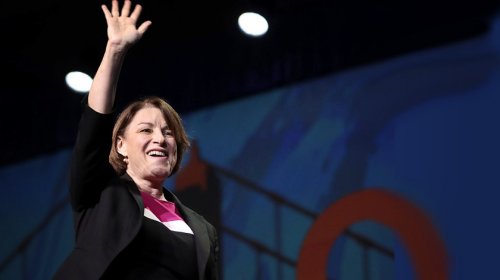 Klobuchar plans to fly to Dallas, Texas Monday night for a Biden rally and will announce her endorsement and departure from the race. The Minnesota senator held her last campaign rally in Salt Lake City, Utah Monday morning.

“The Klobuchar campaign confirms the senator is flying to Dallas to join Vice President Biden at his rally tonight where she will suspend her campaign and endorse the vice president,” her campaign told the media Monday afternoon.

Klobuchar had to cancel a rally in her home state Sunday night after Black Lives Matter activists stormed the stage and prevented the event from proceeding. The protest was in response to Klobuchar’s involvement in the prosecution of Myon Burrell, an African American man who was sentenced to life in prison as a teenager while Klobuchar was serving as Hennepin County Attorney.

Klobuchar’s announcement came as a surprise since she was telling local media outlets Sunday that she was in the race for the long haul.

“You know, I’m running all the way,” she said in a Fox 9 interview Sunday. “I wouldn’t have done this from the moment I announced in the blizzard if I didn’t think I was the best candidate to lead our party and to be president.”

The Star Tribune, her hometown newspaper, endorsed her candidacy on Saturday. She was also endorsed by The New York Times editorial board.

Drew Lee, a co-host of “Justice & Drew” on Twin Cities News Talk, speculated that “Klobuchar got some last minute polling that showed she was going to lose Minnesota tomorrow so she spared herself the embarrassment.”

Her departure comes the day before her home state heads to the polls for Super Tuesday voting. The initial field of 19 candidates has been narrowed down to five, including Biden, Sen. Bernie Sanders (I-VT), former New York City Mayor Mike Bloomberg, Sen. Elizabeth Warren (D-MA), and Rep. Tulsi Gabbard (D-HI-02).

Anthony Gockowski is managing editor of The Minnesota Sun and The Ohio Star. Follow Anthony on Twitter. Email tips to [email protected].
Photo “May Klobuchar” by Gage Skidmore CC2.0.