A former Ann Arbor school principal filed a lawsuit on Saturday against the school district claiming she was fired because of her race. 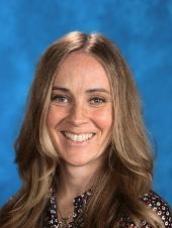 Shannon Blick, who is white, is suing for $5 million as compensation for lost wages, emotional distress, and damage to reputation. Blick filed a lawsuit against the Ann Arbor Public School District and the Ann Arbor Board of Education, as well as various school administrators to dispute her dismissal. She claims she was forced onto administrative leave as a result of her race and to open her position up for a black vice-principal who “coveted” her position, according to the lawsuit, which was obtained by MLive.

Blick began working for Lawton Elementary School in 2013 and was placed on paid administrative leave on April 26, 2019. She was directed to not have contact with any teachers or staff of the school and was not permitted on school grounds, according to the lawsuit.

A spokesperson from Ann Arbor Public Schools declined to comment on the litigation.

“The Ann Arbor Public Schools has not been served with a copy of the complaint,” said Andrew Cluley. “The AAPS does not comment on pending litigation or personnel matters.”

On April 28, Blick was informed that she was under investigation after Ann Arbor Public School District Human Resources decided she was responsible for a janitor stealing $25,000 from the school over a period of four years.

The lawsuit states that the next day Blick received a text from Mike Madison, the principal of Dicken Elementary School, indicating he had been in touch with Shonta Langford, the executive director of human resources and employee relations for the school district, and that Blick should submit a resignation letter to human resources in order to stop the investigation.

In a follow-up meeting about the investigation on May 7, Langford “viciously slandered and defamed” Blick to other administrators, according to the lawsuit. Blick was informed that a group of parents planned to speak on her behalf at the Ann Arbor Board of Education public meeting the next day. An administrator then asked Blick to contact the families and request that they not speak.

William Tishkoff, Blick’s lawyer, said they have “so many examples” of their claims.

“This is just the beginning,” Tishkoff said.